Where are you going for Easter? A local brunch Sounds Marvelous!

If you are looking for a place to eat this Easter, Albany County definitely has you covered! With many options to choose from, there is something for everyone this Sunday. Check ‘em out below: 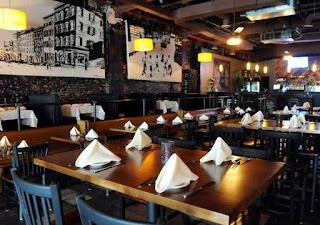 Come to the Capital American Eatery on Sunday, March 27th for a spectacular Easter Sunday Buffet Brunch. Immerse yourself in a dining experience fit to satisfy your palate and expose you to fine cuisine.


Never know what to decide? That is ok!  With multiple food stations to choose from, brunch includes an Omelet, Pasta, Seafood, & Carving station, along with a Waffle and Dessert bar!  This buffet also includes tea, coffee and soda. Reserve your spot online here. 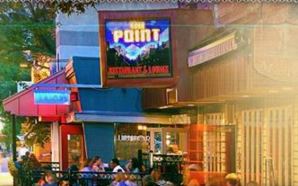 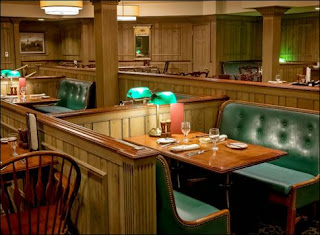 Bring everyone together for either special Easter brunch, or have a nice holiday dinner. Eat, laugh, and celebrate time together, and take time to relax! Indulge in a special holiday menu, including traditional Easter favorites and more! Dinner is served from 1 pm – 9 pm. 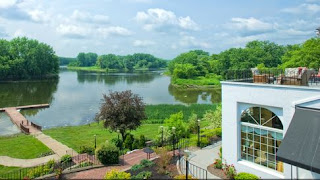 Enjoy Easter Brunch from 10 AM to 2 PM at The Glen Sanders Mansion on Easter Day. View their menu here, and call ahead to reserve. 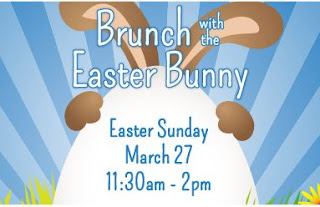 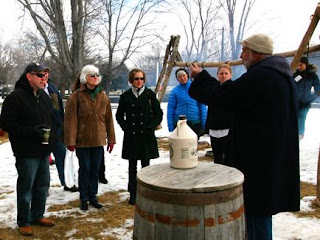 Enjoy a full pancake breakfast including scrambled eggs, sausage, and home fries. Stay for many activities later on, including contemporary and historic maple sugaring demonstrations, children’s activities, and more.
Join in on an Easter egg hunt in the Historic Village at 1pm. Eggs will be filled with carousel tokens and candy. One special golden egg winner will win free rides on the Carousel all year long! Now that sounds like something worthwhile!

Reel Seafood Company is proud to unveil a brand new lunch menu. Diners can choose from a wide array of made-from-scratch dishes, including casual fare, and more upscale cuisine, making it a perfect destination for a business lunch or a gathering of friends.

The menu features Reel Seafood Company’s famous raw bar, with colossal shrimps, east and west coast oysters, cherrystone clams, and little neck clams and other favorites. And when it comes to more traditional lunch items like salads or sandwiches, we think you’ll agree that greens topped with fresh grilled salmon or seared scallops, and grouper sandwiches blow your Caesar salad out of the water.

Reel Seafood Company is co-owned by Aliki Serras and Faith Takes, who say the restaurant is a perfect fit for business meetings and small gatherings. The restaurant, which underwent a $1 million renovation last year, now boasts fresh décor, ample meeting spaces, presentation capabilities, and a full-service catering menu for discerning event planners to choose from.

• And don’t miss Sunday Brunch at Reel Seafood! Served every Sunday from 11:30am-2:00pm this brunch features a waffle and pancake station, a full line-up of delicious omelets and eggs benedicts, as well as baked flatbreads, sandwiches and salads from the garden. Plus, great kids specials starting at just $6.


• And don’t forget that Reel Seafood hosts banquets and meetings. Whether your group is 15 or 150, Reel Seafood can accommodate. With its well-appointed meeting space, and multiple banquet menu options, Reel Seafood is a sophisticated choice for your next affair. 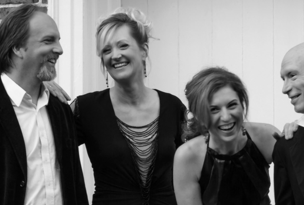 History happened here. We hear it all the time. But a new musical performance ties together the threads that lead up the 19th Amendment, and women's right to vote, and anchors that history in Albany.

Coinciding with Women's History Month, the Musicans of Ma'alwyck will present a full-day of events, and special concert performance of "A Declaration of Sentiments," all devoted to kindling your love and appreciation for Elizabeth Cady Stanton and her fellow suffragettes.

The March 20 events will start with a pre-concert lecture at 2pm, followed by the concert at 3pm, and then a special 1920s style society dinner with craft beverage pairings presented by Druthers Brewery. The Albany County Historical Association at Ten Broeck Mansion will also present a special exhibit to help set the stage for the performance.

"We hope to invoke a sense of the period, through the music, the texts, and the dinner, allowing the audience to step back in time," says Anne Marie Barker Schwartz, Director and Violinist for the Musicians of Ma'alwyck.

"A Declaration of Sentiments" will feature works of American female composers Marion Bauer (Songs for Soprano and String Quartet, and Pieces for solo flute perhaps world premiere performances) and Amy Beach (Theme & Variations for Flute and String Quartet--an incredible piece of chamber music) and Daybreak of English composer Rebecca Clarke (who spent the final decade of her life in America). They are also delighted to present the world premiere of a work based on Suffragette texts by Kathleen Ballantyne. Commissioned by Siena College for this concert, the work is scored for chorus, vocal soloists and string quartet). Ms. Ballantyne will be in attendance at this concert.

"We are extremely excited to be presenting this concert in the brewery at Druthers in downtown Albany. This gorgeously renovated building on Broadway, is not far from where both Suffragette and Anti-Suffragette events happened in the early 1900s," says  Schwartz. "George de Piro, brewmaster at Druthers, and a friend of Musicians of Ma'alwyck since the Poor Soldier opera, will be hosting us there and also creating a special Anti-Suffragette brew for us."

It's a potent time for musical interpretation of history, with a capital "H." Crowds are going wild over the retelling of Alexander Hamilton's life in the Broadway musical, "Hamilton." The show, which chronicles the love story of Hamilton and Elizabeth Schuyler, is playing to sold-out crowds in the Richard Rodgers Theatre. Meanwhile, in Schuyler Mansion, the birthplace of Elizabeth Schuyler, and the site where this couple's infamous romance began, a different kind of musical movement is taking place.

The Musicians of Ma'alwyck, the ensemble in residence at Schuyler Mansion, continues to tackle topics like immigration, women's rights, as well as well-known writings of that time, including Goethe's poetry, all in the stunning stylings of the 18th and 19th Century.

Their latest offering, Declaration of Sentiments, focuses on Elizabeth Cady Stanton. Stanton's grandfather James Livingston was born in Albany and fought in the Revolutionary War, her mother was born in Albany, and her father practiced law with many notables, including Alexander Hamilton and Aaron Burr. Elizabeth Cady Stanton was also influenced by Frederick Douglas, William Lloyd Garrison, and Lucretia Mott. She is the forerunner of Susan B. Anthony.

"This project grew out of a desire to celebrate female composers and to tie it into local history. When we started thinking about historical ties, we realized there is a tremendous link to the Suffragettes locally, Elizabeth Cady Stanton, most notably. Female composers only started to have opportunities at the beginning of the 1900s, right around the time that women were fighting for the vote. Once we settled onto this time period, everything grew exponentially," says Schwartz.


"We hope the audience will leave with several aspects of the concert provoking some thoughts about the Suffragettes and women's rights," Schwartz continued. "One is the high quality of the compositions. The pieces we are performing are fantastic, and are not merely included because they are by women composers, they are great work.  The second is that the audience leave with a true sense of how much life had changed for women and how great the struggle was to change it."

"A Declaration of Sentiments" will take place on March 20, at 3pm at Druthers Brewery, 1053 Broadway in Albany. Related events will go on all day. For more information, call 518-377-3623 or visit the website here. 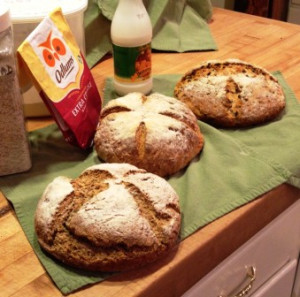 True Irish soda bread is made from just four ingredients--flour, baking soda, sour milk, and salt--and yet, endless variation is possible, as evidenced by the singular popularity of Irish Soda Bread competitions across the country. And one local museum, gave rise to that culinary creativity.

"Our competition was first, but we now they've sprung up all over the place," says Ryan Mahoney, Executive Director for the Irish American Heritage Museum in Albany. Mahoney says the Museum started the Maureen Farrell McCarthy Irish Soda Bread Competition in 2012, and that every year, it continues to get larger. The competition will be held on Saturday, March 5, this year, and will help kick off St. Patrick's Day festivities in the Capital Region. The competition welcomes professionals and amateurs alike to submit their best loaves for judging, with prizes awarded in three separate categories: traditional white flour soda bread, wheaten soda bread, and family not strictly traditional (or FNST, as its known to die-hard soda bread enthusiasts). Soda bread with raisins or currants would fall into this last category, Mahoney says. "Grapes didn't grow in Ireland," he explains.

To enter the competition, you must register. Registration packets can be found online here. Loaves will be judged based on shape, freshness, bread chew, crumb, soda taste, even browning, and proper cross cuts--and lest you think you can sneak a raisin or pat of butter in, adherence to mandated recipes.

The first known and written recipe for Irish soda bread was published in the November 1836 issue of the Farmer’s Magazine (London), page 328, referenced in the Irish newspaper from County Down. This recipe of white flour, salt, bread soda (baking soda) and an acid such as sour milk or buttermilk established the traditional Irish soda bread. If your recipe contains anything more than the original four ingredients cited in the County Down recipe, such as additional ingredients like raisins, eggs, currants, butter, caraway seeds, sugar and other ingredients, you are making what is called “spotted dog” or “railway cake,” which has become, over the past one hundred and seventy plus years, non-traditional soda breads.

The Irish Soda Bread Competition takes place on Saturday, March 5. Loaves must be dropped off between 10am and 5pm on March 4. Three Irish American Chefs will be judging the soda breads beginning at 5PM, and the winners will be announced at 3:00 pm on Saturday. Prizes include a pair of tickets to the O'Malley's Irish Pub Dinner Theatre, presented by Mazzone Hospitality and Enchante Cabaret at the Hilton Garden Inn in Clifton Park, on March 12. Sign up for the Irish Soda Bread Competition, and learn more about Irish cooking at http://irish-us.org/. For more information, contact the Irish American Heritage Museum at (518) 427-1916.

The Ginger Man, an "uptown" Albany favorite, is certainly serving up something special this winter! Take a look at their newest winter menus here which features a Root Vegetable Baklava, their delicious Short Rib Burger, and even a Game Hen with marsala, Shitake mushrooms, rosemary, and Israeli couscous risotto. 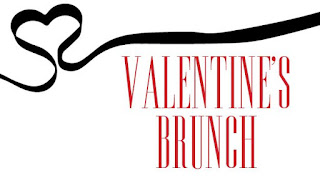 And if you're looking for Valentine's Day plans, look no further than the newest Ginger Man event, Valentine's Day Brunch from 11:30am-3pm on Sunday, February 14. Take a look at this incredible menu and make your reservation today!
Posted by Unknown at 7:05 AM No comments: